Did You Know These Crazy Facts About Hormones? 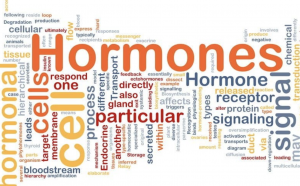 Hormones are like messengers which move all across the body to carry out various important tasks and processes. Hormones have an impact on more or less every aspect of our body- right from the growth and development of the brain to sexual function, hormones do all the work for us. The importance of the infinite tasks done by our hormones is always ignored until we become a victim of hormonal imbalance and are vulnerable to problems like acne, PCOD, weight gain, depression, fatigue, insomnia, etc.

Read on to know some mind-boggling facts about hormones and the part they play in the human body.

Did you know that the hormone ‘melatonin’ regulates our internal body clock?

Melatonin is the hormone that regulates the circadian rhythms in the body i.e the internal body clock responsible for our sleeping patterns. According to scientists at the University of Colorado, camping out in nature with zero exposure to electronics and artificial light can help a person get over sleeping disorders as it synchronizes the melatonin in our body with sunrise and sunset which in turn helps our body regulate sleeping patterns.

Did you know that ‘estrogen’ is scientifically known to cause cancer? The National Institute of Environmental Health Sciences has included estrogen in its list of known cancer-causing agents. Since estrogen is present in half of the world’s population in huge amounts, it increases the risk of women falling prey to cancer significantly.

Did you know that ‘Vitamin D’ is also considered as a hormone?

Vitamin D is considered as a steroid hormone and plays an imperative role in regulating the calcium and phosphorus levels in the body and also in the demineralization of bone. According to Michael Holick, MD, Ph.D., of Boston University, “By definition, vitamin D is a hormone. The body synthesizes it after sun exposure, and it’s activated by the liver and kidneys. That activated form again acts like a hormone to regulate calcium metabolism.”

Did you know that the Britishers planned to feed ‘estrogen’ to Adolf Hitler?

Estrogen is a hormone that is dominant in women as it is produced during pregnancy. According to www.intelnews.org – A specialized intelligence website written by experts, at one point, the British intelligence planners seriously considered adding small doses of estrogen in Adolf Hitler’s meals in order to make him ‘less aggressive’ and ‘make his moustache fall off.’

Get ready for this one because this one will blow you away!

Did you know that the hormone ‘oxytocin’ is known to heal physical wounds?

Oxytocin is a peptide hormone and neuropeptide. It is produced by the paraventricular nucleus of the hypothalamus and released by the posterior pituitary. It plays a very important part in love, social bonding and during the time of childbirth. Wounds and swelling can be effectively reduced by cuddling and other acts of love as it releases oxytocin which is known to reduce swelling.

These Brain-Enhancing Foods Can Be Found In Your Kitchen!