How do I become focused? 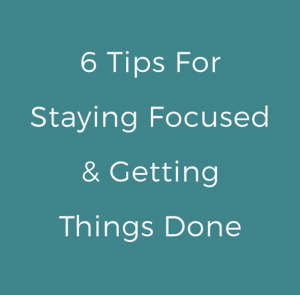 Are you one of those people who seems to be all over the place a lot of the time with little focus?

Do you stumble from one unfinished project to the next, repeatedly making mistakes?

Are people rolling their eyes when you announce yet another project when your previous one is incomplete?

Are you grasping at straws to be successful when others around you seem so far ahead of you?

It is not the smartest people who rule the world but the most persistent; those who turn up again and again until what needs to be done is done.

These people develop a character that weathers disappointment, gets back up from disaster and looks for an alternative way to achieve goals when one, two or three routes to success are blocked.

He told me that when he came from Ireland he worked in a factory sweeping the floors since he had little education. In those days he could simply buy a driving licence in Ireland for 10 shillings, so he did.

Later he rode as a driver’s assistant on the delivery lorries and learnt the routes by heart. He knew what every road sign and motorway sign meant, even though he could not read. He had memorised them.

He bought his own lorry and took a contract to deliver goods cheaper than it cost the factory and at night rented his lorry to someone else. All the time he kept his mind focused on his goal to become wealthy.

When he had several lorries, he bought himself a brand new jaguar luxury car, which people wanted to rent for weddings and funerals, so he bought several and started his luxury car hire business.

No one knew he could not read because he kept all the figures and information for the business inside his head and his secretary dealt with the mail.

Mick is one of millions of people in the world who become successful because they turn up to take advantage of opportunities when other people are languishing in the pub or sitting watching TV. This type of person develops focus and staying power and is always thinking about how to find new ways forward.

Focus is the application of your attention to one particular task until that task is completed.

It requires you to shut out your distractions until you have worked out how to achieve your goal and then applied yourself to make it happen.

The problem for many people, however, is that they give up too soon.

When things do not work out or the going gets tough, you abandon a project and look for something easier.

Some solutions to a problem or situation may take several attempts before the correct solution emerges.

You have to continually use creative thinking until you find a solution that allows you to complete the goals you have set.

The creative thinking has to apply in all areas of your life and the way you apply yourself to any task.

Here are some tips on how to become focused:

Can Yoga Boost Your Immunity? Read More To Know