Lack Of Sleep Is Bad For Health 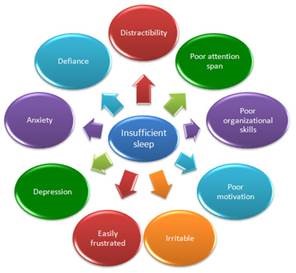 Many effects of a lack of sleep, such as feeling grumpy and not working at your best, are well known. But did you know that sleep deprivation can also have profound consequences on your physical health?

One in three of us suffers from poor sleep, with stress, computers and taking work home often blamed.

However, the cost of all those sleepless nights is more than just bad moods and a lack of focus.

Regular poor sleep puts you at risk of serious medical conditions, including obesity, heart disease and diabetes – and it shortens your life expectancy.

It’s now clear that a solid night’s sleep is essential for a long and healthy life.

How much sleep do we need?

Most of us need around eight hours of good-quality sleep a night to function properly – but some need more and some less. What matters is that you find out how much sleep you need and then try to achieve it.

As a general rule, if you wake up tired and spend the day longing for a chance to have a nap, it’s likely that you’re not getting enough sleep.

A variety of factors can cause poor sleep, including health conditions such as sleep apnoea.But in most cases, it’s due to bad sleeping habits.

Find out the common medical causes of fatigue.

What happens if I don’t sleep?

An occasional night without sleep makes you feel tired and irritable the next day, but it won’t harm your health.

After several sleepless nights, the mental effects become more serious. Your brain will fog, making it difficult to concentrate and make decisions. You’ll start to feel down, and may fall asleep during the day. Your risk of injury and accidents at home, work and on the road also increases.

Find out how to tell if you’re too tried to drive.

If it continues, lack of sleep can affect your overall health and make you prone to serious medical conditions, such as obesity, heart

Here are seven ways in which a good night’s sleep can boost your health:

If you seem to catch every cold and flu that’s going around, your bedtime could be to blame. Prolonged lack of sleep can disrupt your immune system, so you’re less able to fend off bugs.

2. Sleep can slim you

Sleeping less may mean you put on weight! Studies have shown that people who sleep less than seven hours a day tend to gain more weight and have a higher risk of becoming obese than those who get seven hours of slumber.

It’s believed to be because sleep-deprived people have reduced levels of leptin (the chemical that makes you feel full) and increased levels of ghrelin (the hunger-stimulating hormone).

Given that a single sleepless night can make you irritable and moody the following day, it’s not surprising that chronic sleep debt may lead to long-term mood disorders like depression and anxiety.

When people with anxiety or depression were surveyed to calculate their sleeping habits, it it turned out that most of them slept for less than six hours a night.

Studies have suggested that people who usually sleep less than five hours a night have an increased risk of having or developing diabetes.

It seems that missing out on deep sleep may lead to type 2 diabetes by changing the way the body processes glucose – the high-energy carbohydrate that cells use for fuel.

Men and women who don’t get enough quality sleep have lower libidos and less of an interest in sex, research shows.

Men who suffer from sleep apnoea – a disorder in which breathing difficulties lead to interrupted sleep – also tend to have lower testosterone levels, which can lower libido.

Long-standing sleep deprivation seems to be associated with increased heart rate, an increase in blood pressure and higher levels of certain chemicals linked with inflammation, which may put extra strain on your heart.

Difficulty conceiving a baby has been claimed as one of the effects of sleep deprivation, in both men and women. Apparently, regular sleep disruptions can cause trouble conceiving by reducing the secretion of reproductive hormones.

The Health Benefits of Humor and Laughter