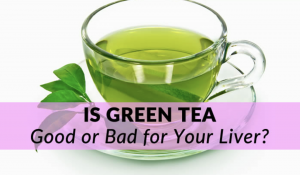 Green tea as a drink, has a reputation for being a wonder drink, and quite rightly so, it is to be kept in mind that having green tea along with or just after meals is not the best idea a person can have. But why does this happen? Well, there are chemicals, which exist in green tea which are known as phenols. What happens with these phenols if the green tea is taken not long after a meal, is that they can interfere with the absorption of the iron present in the food.

In addition to not drinking green tea at mealtime, or post meal time, it is perhaps also a good idea to stay away from drinking it when milk and items which are made from milk such as cheese are being consumed. There is a reason why this is the case is due to the fact that the proteins which exist in milk do not let green tea have its normal effect on the metabolism of the person i.e. raising the metabolism and making the challenge of losing weight a bit easier.

If it is still the case that drinking green tea with or after a meal is a habit, which has no chance at all of being shaken off, then what can be done is that the meals should be changed to an extent so as to contain a greater amount of iron rich food. This will go some way in counteracting the effect the phenols have. Apart from just iron rich food, food that is rich in vitamin C is also to be consumed.

However, that being said, people who are anyway deficient in iron are better off steering clear of green tea consumed after a meal. Instead, what they can do if have it between meals and also at the start of a day. What this will accomplish is that all the benefits of the green tea can be imbibed by the body and none of the nutrition value of the food is lost either. Furthermore, green tea drunk between meals can also reduce the appetite and help weight loss. What could be better? If you wish to discuss about any specific problem, you can consult a doctor.

Milk – Is It Good or Bad for Your Weight Loss Plan?

Vitamin K – Facts You need to Knew About It!